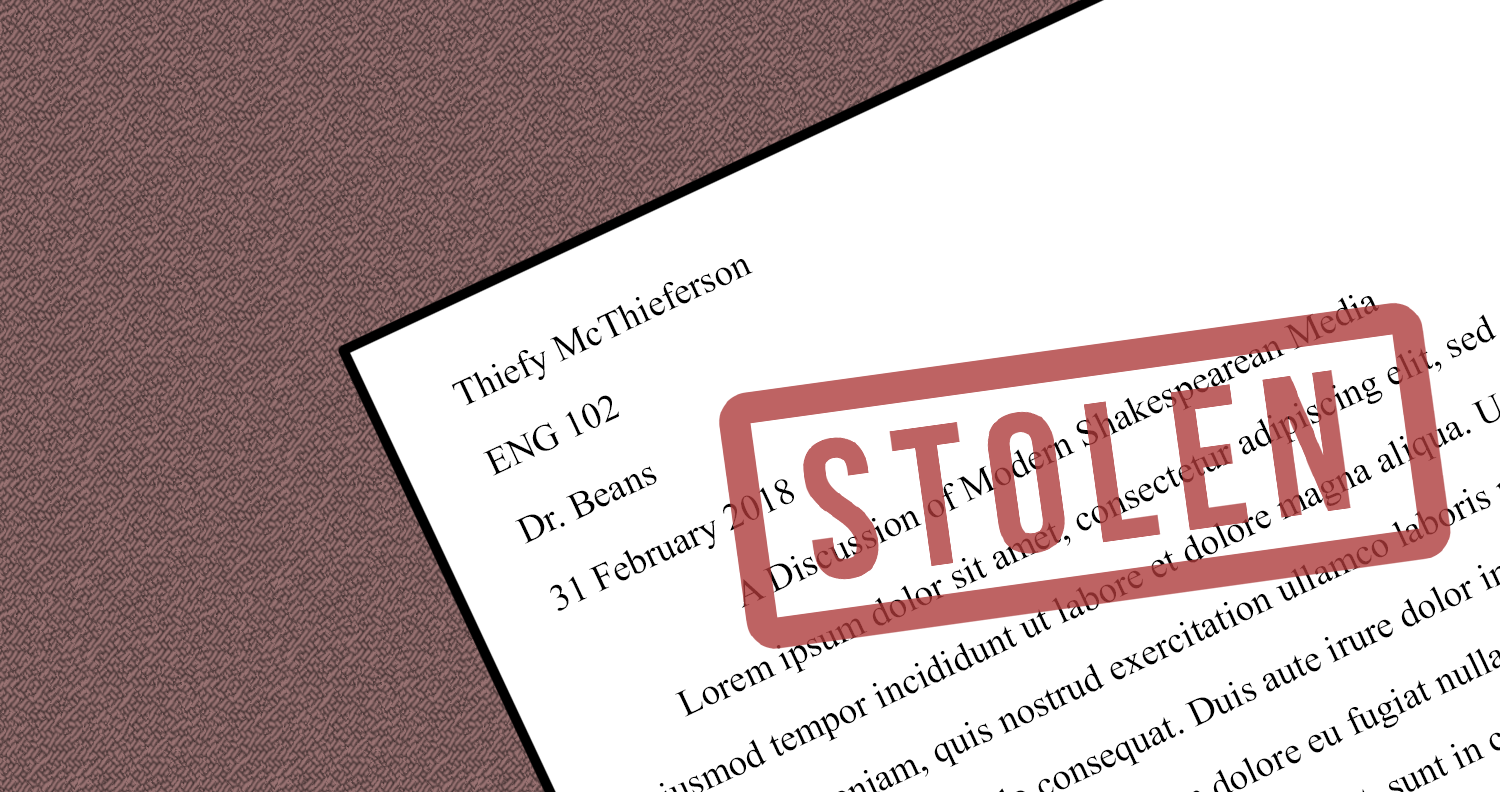 Plagiarism is a form of cheating, theft or stealing, and deceit.  When you plagiarize, you are:

Do not be misled by these common misconceptions:

According to the Merriam-Webster online dictionary, to "plagiarize" means:

In other words, plagiarism is an act of fraud. It involves both stealing someone else's work and lying about it afterward.

But can words and ideas really be stolen?

According to U.S. law, the answer is yes. The expression of original ideas is considered intellectual property and is protected by copyright laws, just like original inventions. Almost all forms of expression fall under copyright protection as long as they are recorded in some way (such as a book or a computer file).

All of the following are considered plagiarism: